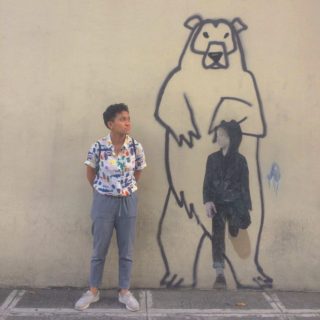 Warning: these shows will make you hungry!

Nothing perks up the appetite better than watching mouthwatering, indulgent food get prepared, especially the dishes that are featured in anime shows! There’s just something irresistable and satisfying about cooking animation that makes you want to reach through your television screen and grab a bite of the food!

If you don’t know where to start with food anime, don’t worry, we’ve put together a list of shows with various genres and exciting plots that will get your tummy rumbling! You’ve got intense cooking competitions, fantastical settings, slice of life stories, and most of all, delicious food to feed your eyes!

One of the most popular Food Anime series that is bound to make you crave is Food Wars! Shokugeki no Sōma. The show features a cooking prodigy named Sōma who enters the Tootsuki Culinary Academy. The school is reputable for the intense food wars and master chef-level battles between the students who produce mouthwatering dishes and out-of-this-world flavors.

More than a showcase of delicious meals, the show also teaches a bit of history about the iconic dishes as well as tips about cooking techniques. But be sure to have your headphones on when you watch this! The characters tend to have elaborate reactions of pleasure when they get a taste of the food!

Pastry chefs and budding bakers, this show is for you! In Yakitate!! Japan, we follow a young Kazuma who moves to Tokyo to pursue his dream of making the best bread, especially one that can represent Japan. With his “Hands of the Sun”, he can allow the dough to ferment faster, thus creating bread that tastes just like paradise. But will his skills be enough to outbake other legendary bread masters?

Besides getting a glimpse of the science and wisdom of baking bread, you’ll also love (and maybe relate to) the exaggerated reactions from the characters who bite into the scrumptious bread and pastry creations!

Here, we meet Koizumi, a transfer student who is captivating, gorgeous, and extremely secretive. But when her classmate Yuu starts to have a crush on her, she becomes determined to know the new girl and soon finds out that she is a ramen connoisseur!

But Koizumi is not just any ramen lover, she’s got an enormous appetite and will do whatever it takes just to satisfy it. Yuu, although uninvited, joins Koizumi in her ramen adventures and the two discover the different types of ramen all over Japan.

For a more laid-back show with jaw-dropping food animation, Wakako-zake is the option. In this series, we follow the 26-year-old Murasaki Wakako’s nightly food trips after a tough day at work. She goes on her food adventures alone, yet she enjoys every minute of eating the best pairings of food and drinks that Japan has to offer!

The colors are vibrant, the vibe is relaxing, and the meals are extremely appetizing! You’ll feel like you’re eating the dishes yourself thanks to Wakako’s flavorful narration! Plus, you’ll be taken around the streets of Japan and experience what it’s like dining with the residents there.

Grab a seat at Nobu, a Japanese gastropub found in the deserted streets of Kyoto. Their specialty is “Toriaezu Nama” ale and a wide array of irresistable side dishes. But this food spot is no ordinary place because it has a special door that connects it to another land called “Aitheria”, allowing creatures from another world to dine in, too!

Feast your eyes on food that you can almost taste through the screen and get excited over fascinating character designs! This feel-good series is a must-watch for those seeking something out of the ordinary. Bonus is, towards the end, you’ll find the recipes of the featured food and suggestions on restaurants to try if you’re ever in Japan!

Ryou has always been an amazing cook, according to her grandmother who had just passed away. But for middle schooler Ryou, despite the appetizing look and smell of her dishes, they still lack greatly in taste. On the verge of giving up, Ryou then gets news that her cousin Kirin will be visiting her, along with their friend Shiina.

As the three begin to bond, Ryou discovers that her food is finally becoming flavorful, now that she has people to share it with. Another light-hearted story, Gourmet Girl Graffiti is a cute, quirky anime that features mouthwatering dishes and delicious recipes. But more than that, this show highlights the beauty of friendship found in the love for food.

Yumeiro Patissiere will take you on a sweet and colorful ride! In this story, we follow Ichigo Amano, a young girl who discovers the gift of her palate and her talent in creating sweets. She is encouraged by the famous patissier, Henri-sensei, to attend a prestigious culinary school where she has to prove her skills to rise above the competitive world of desserts.

Although there is a competitive vibe to the plot, this series is still light-hearted and heart-warming. Pastry chefs, dessert lovers, and bakers will definitely appreciate the cooking tips that the show offers. Plus, it’s very satisfying to watch the hundreds of sugary treats and delectable sweets featured in the story!

Today’s Menu For The Emiya Family

Before Today’s Menu For The Emiya Family became an animated series, it was first introduced as a manga. It is an alternate universe of Type-Moon‘s Fate/stay night series where the Holy Grail War is over and the survivors become friends and neighbors. The story is set in Fuyuki City where we follow Shirou every day as he strolls the market for fresh ingredients to cook.

With all the fighting over, Shirou takes on his everyday, mundane life by cooking for his household. Each trip to the market awaits a culinary adventure because when he gets home, Shirou creates exquisite meals and divine dishes. You’ll definitely feel your mouth water as you watch him cook Foil-Baked Buttered Salmon and Mushrooms, Extra-Special Soft and Melty Omelet Rice, or Spring Chirashi-Sushi!

Kakuriyo: Bed and Breakfast for Spirits

Aoi Tsubaki has two gifts—she is a talented cook and she has the ability to see spirits from the Hidden Realm. When her grandfather suddenly passes away, she realizes that the only way to protect herself against the hostile spirits is to use her knowledge of food and keep the spirits satisfied by serving them.

But things take a sharp turn when Aoi is kidnapped by Oodanna, an ogre-god known as the Master Innkeeper. He claims that she must pay her grandfather’s debt by marrying him. Aoi refuses and instead offers to pay off the large debt her own way, that is, by setting up an eatery at Oodanna’s inn and using her cooking skills to gain freedom.

If you’re not already enjoying the offline convenience of Booky, you can download the app for FREE! Get P1000 worth of savings on us. But why stop there? When you sign up for BOOKY PRIME, you can get up to P15,000 worth of Buy 1 Get 1 deals and unlimited discounts. Your next bite is just a touch away.